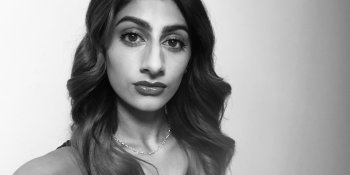 Monday, the 24th of August, by Kiran Bhamra

Picture this. You’ve just bought a brand-new eyeshadow palette and it finally arrives at your house; you can’t wait to swatch all the colours on your arm like you’re Kylie Jenner.

Picture this. You’ve just bought a brand-new eyeshadow palette and it finally arrives at your house; you can’t wait to swatch all the colours on your arm like you’re Kylie Jenner. You swatch the colours and 4 out of 12 are so ashy on your skin tone if not the same colour as your skin tone. Why did I spend £48 on this palette? I can’t use 1/3 of it, I’VE BEEN PLAYED! A question I have asked myself many a time. 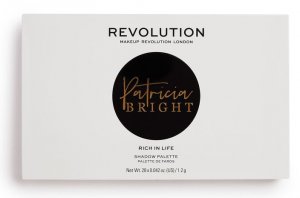 Eyeshadow palettes usually have a few nudes in them to act as transition shades, but not everyone is the same kind of nude. For most people of colour the colours will appear ashy and barely even show up on our skin tones, unless a base colour is used. But even then because the ‘nude’ isn’t actually nude on the skin tone, it just looks odd. Not all eyeshadow palettes are the same, but there will always be a colour we cannot use. But fear not my melanin queens a breakthrough moment is happening.Whether or not this sticks or not is another question, but we can dream. 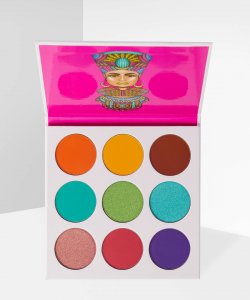 Jackie Aina’s collaboration with Anastasia Beverly Hills is truly amazing. For POC this palette is revolutionary because all of the shades show up on the skin, so all of the money you spend on it is distributed evenly between the palette. There was minor controversy, but it proved Jackie’s point about racism. The palette being made for POC obviously meant lighter skin tones might have trouble using it maybe, so Jackie was then branded as racist, for A, making the palette for POC and B, for naming one of the shade names ‘Wiggalease’. This eludes to her love of wearing wigs – she has said herself it just a made-up word. However, people were quick to point out that this seemed racist towards white people. The term ‘wigga’ comes from white people appropriating black culture, so they thought she was making light of that issue, when in fact she is just fond of wigs as she wears them daily. This being said, when POC complain about palettes not being diverse enough, do we get any major media coverage… NOPE. 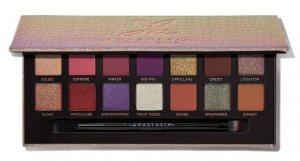 A big issue with beauty brands making eyeshadows is they will make a dark brown eye shadow, but not a bronzer or contour shade to go in their powder contour kits. In 2019 Fenty released 6 shades of bronzers and Benefit added 3 more to the original 1 they already had. This was a pivotal point in the beauty industry, as bronzers literally didn’t exist for POC until then. The shade range Fenty bought out caters for the deepest of skin tones and had all the right undertones. Brown eyeshadows would be used as bronzers for deeper skin tones, which proves more shades can be made in bronzer – it just needs to be done. But seeing as Fenty have set the benchmark with diversity, perhaps more brands will start to release more shades of bronzer too. 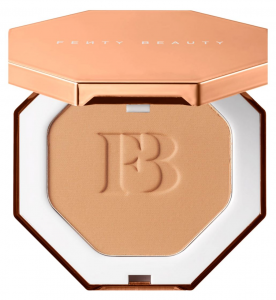 Is the Beauty Industry Truly Diverse? - Makeup and Mane

As countries across the world join with the Black Lives Matter movement to protest against police brutality and racial injustice, there is no better time than now to consider small changes you can make to in your own life support the black community.

5 Makeup Essentials Everyone Should Have - Makeup and Mane

If you’re unsure about what makeup you need and which products are vital everyday essentials, this is the post for you! We have compiled a list of the items we deem as being kit must-haves, with recommendations to simplify your product search.